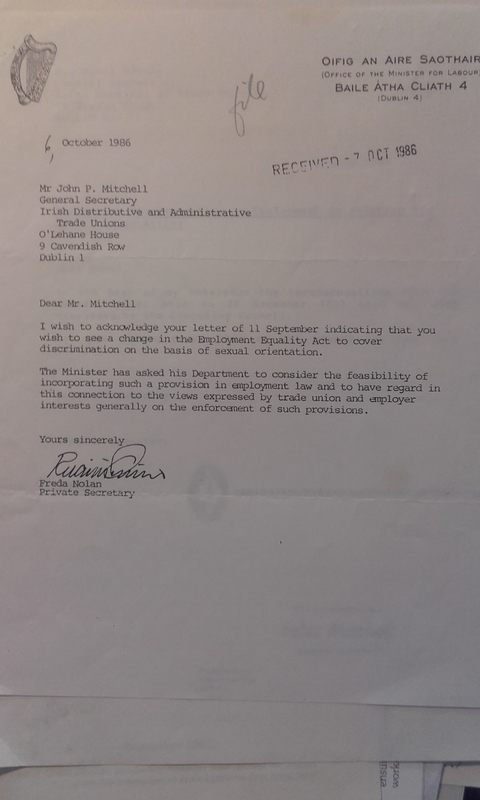 Letter sent by Ruairi Quinn, Minister for Labour, to John P. Mitchell, General Secretary of IDATU (Irish Distributive and Administrative Trade Union). This is a response to letter from Mr. Mitchell requesting a change in the Employment Equality Act to include discrimination on the basis of sexual orientation. This was part of a wider campaign seeking protection for LGBT workers rights in Ireland. Gay Rights groups regularly lobbied Irish Trade Unions to support these rights and to campaign for change.
The Minister asked the Labour Department to consider incorporating such a provision. Sexual Orientation was finally included in the Irish Employment Equality Act in 1998.