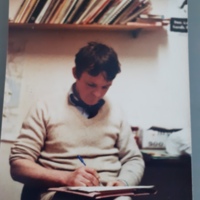 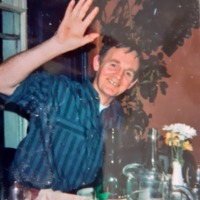 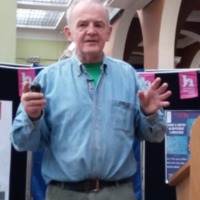 Arthur Leahy is a Cork gay and social change activist.

Arthur was a founding member of the Cork Gay Collective (1980) and involved in organising the first Irish National Gay Conference in Cork in 1981.

Arthur and his parter Laurie Steele were interviewed for a RTE television programme broadcast in 1980. This was really important in terms of national visibility of a Cork based gay couple at a time when homosexuality was illegal in Ireland.

Arthur was instrumental in the establishment of the Quay Co-op as a workers' co-operative in 1982, including a cafe, bookshop and meeting rooms, and he is still centrally involved in the Quay Co-op.

Arthur was actively involved in a wide range of social change movement in Ireland, including campaigning against the 1983 anti-abortion referendum and for legislative change in relation to divorce and contraception.

Arthur was a founding member of Gay Health Action, established to address HIV/AIDS in Ireland and a founder of CAIRDE which was established to provide hands-on support to those affected by HIV/AIDS.

Arthur was centrally involved in the establishment of The Other Place LGBT Community Centre in Cork in 1991.  He sits on the Board of the Gay Project in Cork. He was a key figure in the Cork Marriage Equality campaign.

Arthur is actively involved in the Cork Palestine Support Group.