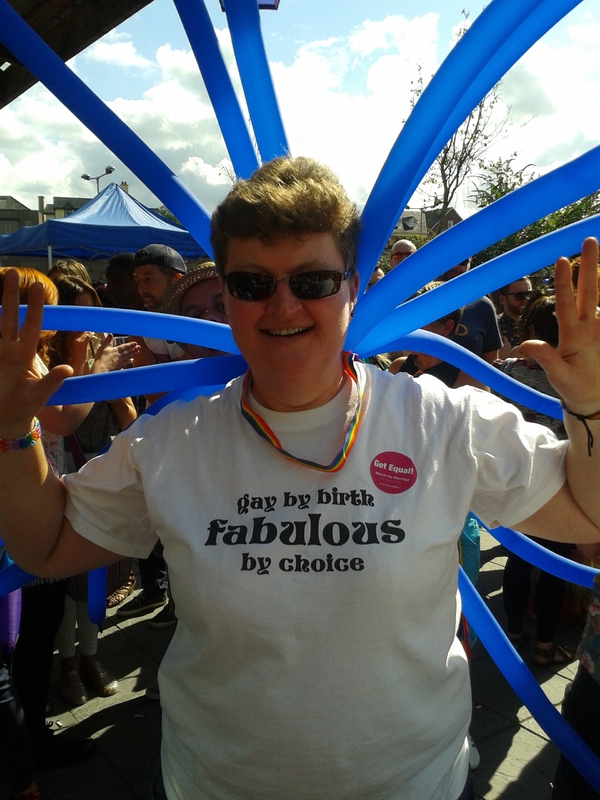 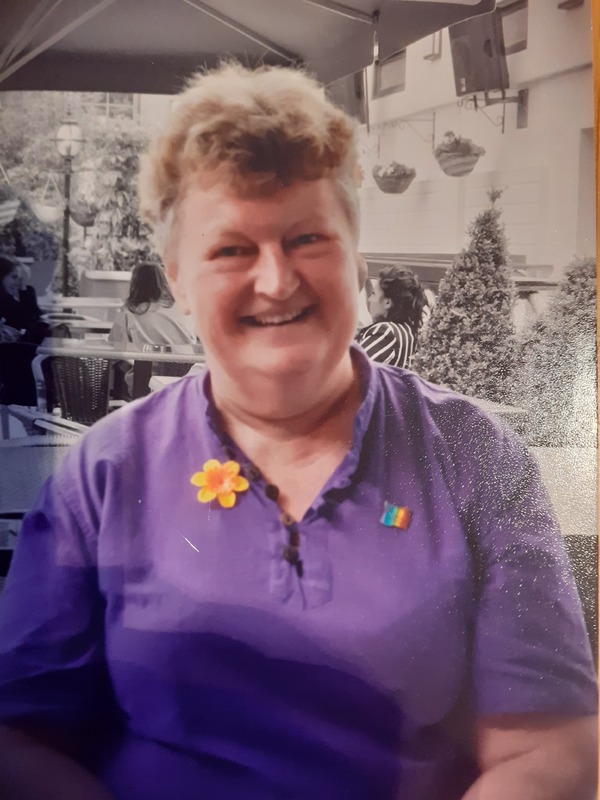 She was the local “tomboy” constantly out playing sports when growing up in Turners Cross. Junes interest in sport continued and she initially played Camogie with Nemo Rangers. She was picked on the Cork Minor Panel in 1980 and won An All Ireland Minor Medal. She subsequently joined Glen rovers Club and played on the very successful Senior camogie team and she won 5 Senior County medals, 3 All Ireland Senior Club and 4 Munster Senior club medals.

June came out circa 1987 and like a lot of people became a regular in Loafers Bar. The Thursday night “Women Only” space in the back room was a mainstay for so many young lesbians on their coming out journey. It was there that June, and fellow sports lover Helen Slattery, decided to organise a soccer team and play in the Cork Women’s Soccer League. The Douglas Street team consisted of fellow dykes and straight allies who were happy just to be playing soccer. The team were very successful finishing in in the top 4 for the first 4 seasons they played - not bad for a team with no name, no pitch, no gear, no money. The soccer team provided an important social outlet for Cork lesbians outside of the pub. Douglas Street soccer team took part in the Cologne Gay Games in Germany in 2010. Never before had a women’s soccer team from Cork being represented at international level.

June volunteered with the Cork Lesbian Line for 8 years, supporting people who were experiencing homophobia in their homes, schools and families. June was a Board Member of LINC. She is a member of Choral Con Fusion Cork’s LGBTS Choir, and was the Chairperson for 3 years and is now on the choir Committee.