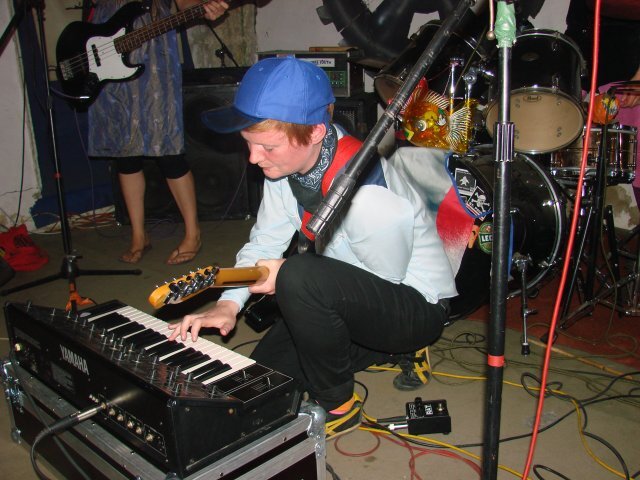 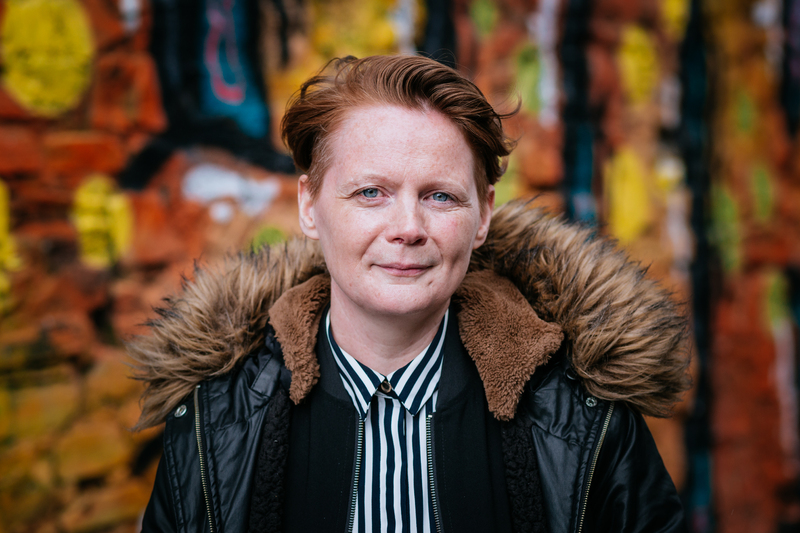 Cara Holmes is a queer activist, musician and filmmaker.

Cara was born in Dublin in 1979,  raised in Louth, matured in Dublin and is now a resident of Cork.

She has played in queer and feminist post punk bands and has toured across Ireland, the UK, Germany, Poland and Lithuania.

At 15, Cara started her first band at St. Louis Secondary School, an all-girls convent secondary school in Dundalk. This band, 'Nurse Nanci' was the ultimate form of expression for a young questioning queer and from there, it just got weirder and queerer - forming the feminist post punk bands 'Party Weirdo 'and 'Fierce Mild'.

In the late 90's and early 2000s there was a serious lack of any visible queer, feminst, and punk musicians in Ireland so inspired by the Riot Grrrl scenes in the US and Europe Cara made it her mission to rectify this a little. The gigs were described as fun-filled, sweaty, dancy affairs, they allowed the audience to scream, dance and let loose.

Cara works as a film editor and director and has recently directed the IFTA winning film 'Welcome To A Bright White Limbo'.

Other directing credits include:

'If You Like It Then You Should Be Able To Put A Ring On It'  - a brief introduction to the civil marriage campaign in Ireland, the film combines a compelling mix of archive footage, photography, animation and testimonies from same sex couples.

'The Future of Feminism', a short documentary introducing the concepts of Feminism in Ireland.

Cara is developing a feature documentary about the 40 year history of Lesbian Lines, a telephone helpline set up all across Ireland (Cork, Dublin, Limerick, Galway, Derry and Belfast) to help women who were questioning their sexuality.