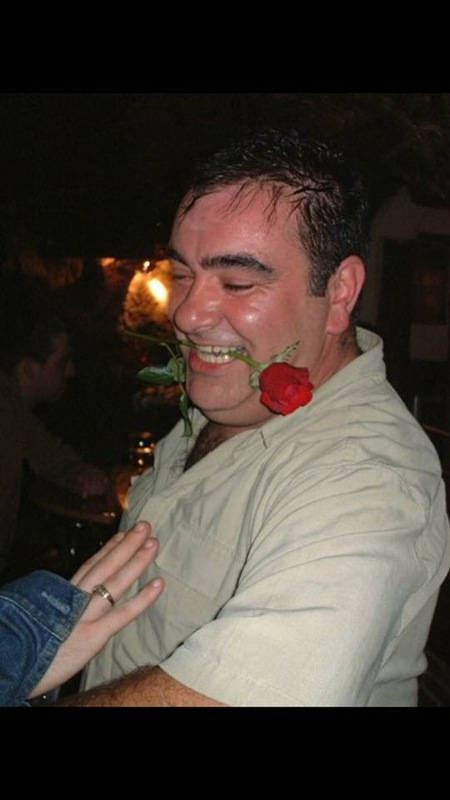 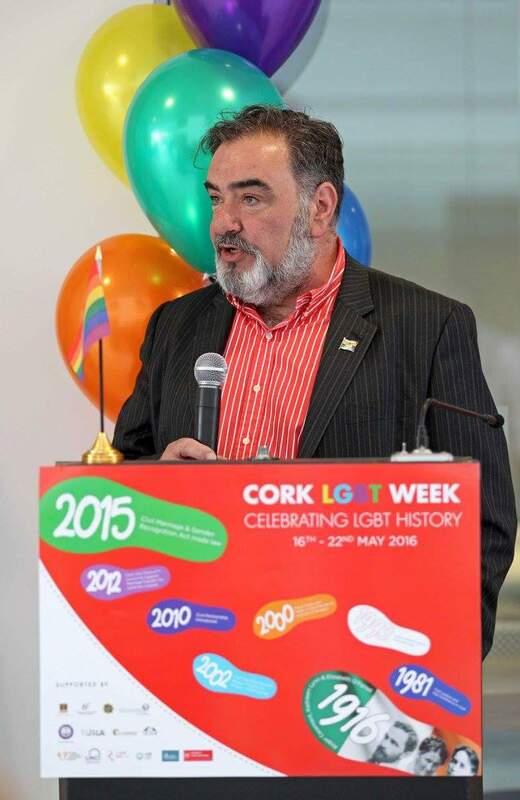 David Roche was born in Fermoy Co. Cork in 1963. He grew up in the Glen in Cork City.

Dave was an active participant in the Cork cruising scene in the late 1970s / 1980s. He spoke of the network of lifelong friendships that grew from this cruising scene.

He was involved in HIV/AIDS activism in Cork in the 1980s.

He was a lively character often at the heart of the party in Loafer’s Bar or the Other Place club and was affectionately know as Rosie. He was also renowned for his love of dogs and horses.

Dave was the Co-ordinator of the Cork Gay Project and Committee member of Cork Pride Festival. He established the Cork LGBT Youth Group Unite (later to become UP Cork) and was instrumental in the establishment of the national LGBT telephone helpline. He was involved with the Cork LGBT Awareness Week. He was an active campaigner for Marriage Equality, particularly in North Cork.

He was the beloved partner of Paul O’Shea.

Dave Roche died suddenly in 2017. His funeral saw the streets of Cork lined with rainbow flags and the Cork City Hall flying a rainbow flag in acknowledgement of his contribution to equality and LGBT activism.