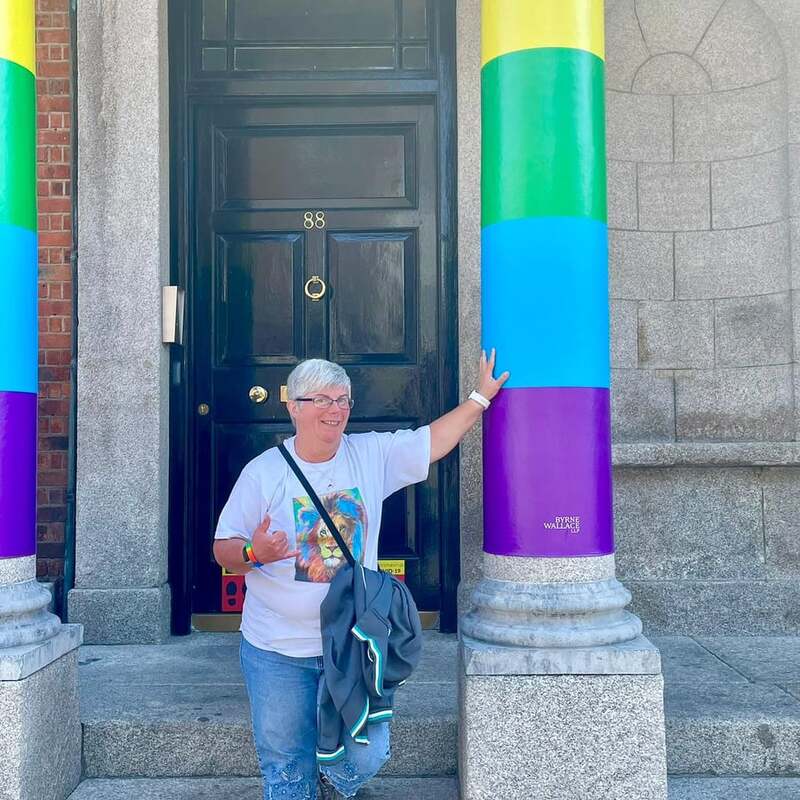 Eilish O’Keeffe is a Cork lesbian and deaf activist.

Eilish came out as lesbian in 2010. She found Loafers gay bar in Cork in 2014. At that point there were no other deaf lesbians actively involved in the Cork LGBT community and few hearing people who could communicate using ISL (Irish Sign Language). On her first night in Loafers Bar, Eilish was delighted to encounter a local lesbian and her son who had basic sign language and approached her to say hello.

Eilish has worked hard to bridge the communication gaps between deaf and hearing members of the Cork LGBT community and has been encouraging to those who are learned sign language. Eilish is an active member of the Cork LGBT Community, participating in events in LINC and Cork Pride.

Eilish is a member of Greenbow, the organisation for Deaf/Hard of Hearing LGBT+ adults all over Ireland. She has been delighted to see other deaf lesbians begin to engage with the Cork LGBT community.