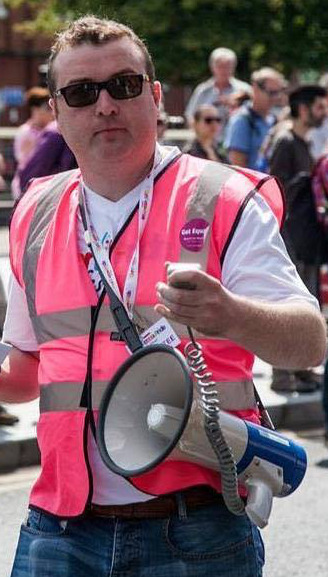 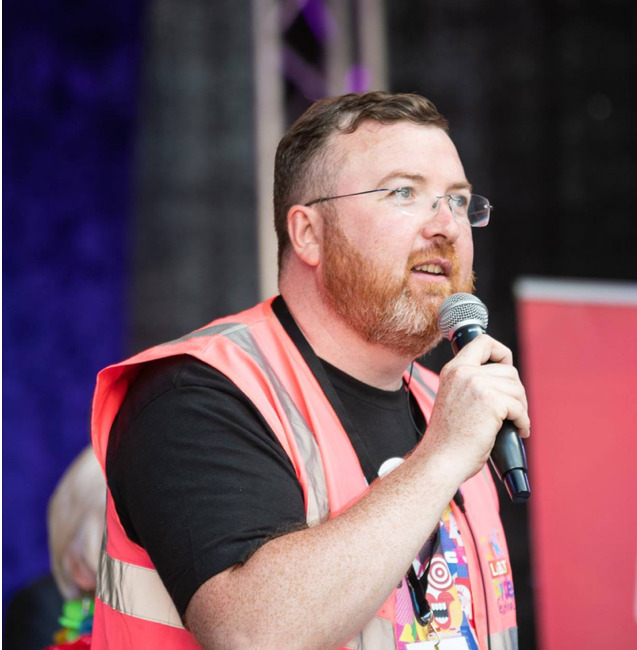 Clive is an LGBT rights advocate and activist, and has been the Chairperson of the Cork LGBT+ Pride Festival since 2010.

Clive Davis was born in 1979 and grew up in Vicarstown, County Laois.

Clive has led Cork Pride's strategic and economic development from a local Pride March into a weeklong national LGBT+ Pride Festival, which has become the largest in Ireland outside of Dublin. In 2020, Clive was successful in achieving Charitable Status for Cork Pride, the first Pride organisation to have been awarded this in Ireland.

Clive was previously the Manager of The Other Place LGBT Resource Centre in Cork and the Community Services Co-ordinator of the Cork Gay Project. Clive was the Co-Founder of Choral Con Fusion LGBTS Choir, the Regional Co-ordinator of the LGBT Helpline, and was the Volunteers Coordinator for the Yes Equality Cork campaign.

Clive is Co-Chair for the InterPride Governance Board, Co-Chair of the Ireland Pride Network, and is a Board Member and Treasurer of LGBT Ireland.

Clive divides his time between Cork and Kilkenny, where he lives with his partner Kery.